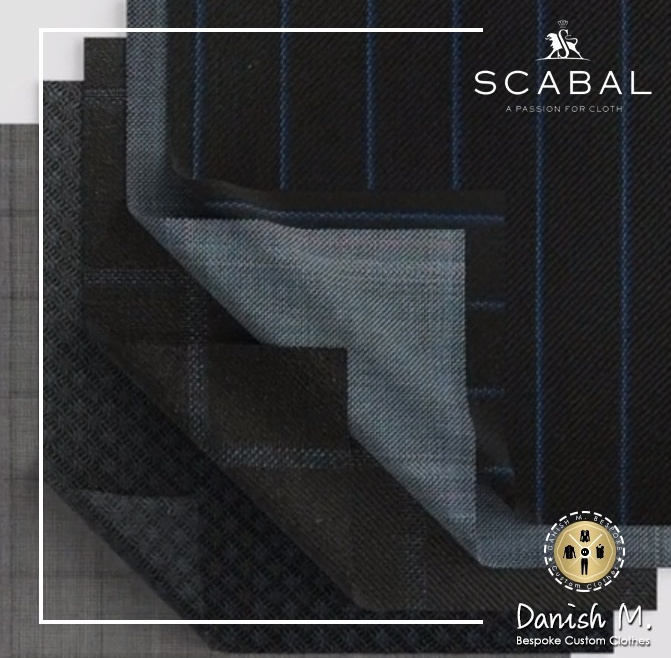 After mastering suit color and picking out the basic suits that should be in every man’s wardrobe, it’s time to add patterns to the mix.

Patterned fabrics help bring a soul into what can otherwise be a somewhat simple selection of suits.

The exception is Pinstrip, which in most formal cases is on par with every other dark color and indeed is vital to your wardrobe.

The same goes for scale and elemental colors; large scale patterns are informal as compared to small scale ones. Bold, multicolored patterns are also informal than monochromatic ones.

The very first pattern to consider is stripe. Stripes on suits should always be vertical but come in a number of different styles. The first one is pinstripe.

A pinstriped suit, particularly a navy blue pinstriped, is the most traditional look, a uniform kind for the businessman.

They reduce the opportunities to use, being both informal and somewhat more difficult to match with other dress components. There is a white pinstripe which never goes out of style.

Stripes, help make the wearer appear taller, as they draw upwards, and has the ability to make a bulky man appear thinner, by breaking up and drawing attention away from the heavy midsection. This is also true for thin, narrow stripes like the pinstripe.

Other stripes are thick chalk stripes which is also a good option for gent’s wardrobe.

These stripes, are generally set farther apart due to their width and are significantly more informal than the pinstripe, and while continuing to provide the appearance of increased height, are less suitable for bulky men, as they can draw attention to the midsection girth.

Moving on to the next is check. Checks come in a variety of different styles, but the best known is Plaid.

Plaid is synonymous with tartan in North America but the check patterns are closely associated with Scottish clans.

According to British English, particularly in Scotland, plaid means a thick tartan cloth used both as a blanket.

Plaid is not synonymous check, which describes any fabric with crossing vertical and horizontal stripes.

Except for a true Scottish tartan worn as part of a formal occasion, checks are informal than solids or stripes.

While tartans are the most familiar checks to most men, Glen check is likely the most common for suiting.

This check is often called the prince of wales plaid and is monochromatic.

Glen check has been used for relaxed and weekend party type occasions – which are semiformal.

It may be objected in certain professions where there is a strict dress code but should be acceptable if not welcome diversity for men.

Windowpane is another check option, a bold one where the stripes forming the check are wide apart, giving a checkerboard effect. Complete windowpane suits are not frequently used anymore. A heavy dose of confidence and a certain amount of pizzazz personality is required to carry off this kind of daring pattern.

It’s a more subtle option, a small narrow-shaped pattern you can find in heavy woven fabrics like tweed.

Herringbone, just like Glen check, is a good pattern for most occasions. It usually furnishes heavy fabrics, it is most often found in winter and country Hound’s-tooth which somewhat resembles a saw blade, a pattern which is more common on sports jackets than complete suits.

Between checks and stripes, informality is bird’s eye or nailhead, which upon close look gives the appearance of tiny dots of a light color on a dark background.

A bird’s eye suit generally looks like a solid in between the two colors, just like an oxford cloth shirt.

Nail-head does in any occasion what stripes would do, and can be exchanged with solids on all but the most formal of occasions.

There are a number of other patterns – bold varieties of check, argyle, paisley, diagonal Madras though they are not to be found on suits, at least not on suits worn by a gentleman.

These are the things to be considered when the subject of shirts, ties, and socks comes, which will be taken up in the future, along with the true pattern art-form: matching two or more.